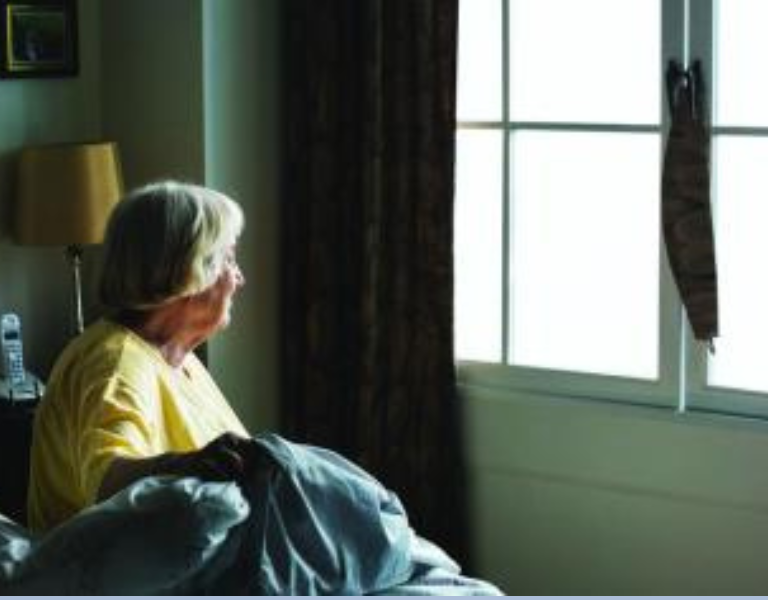 Scotland Policy and Public Affairs Manager at Independent Age, Debbie Horne, sets out why tackling pensioner poverty must be a priority.

For months now we’ve seen headlines about the spiraling cost of living, which is having a devastating impact on people’s ability to get by. But as many of us know, struggling to afford essentials is not a new phenomenon to the one-million people living in poverty in Scotland – including 150,000 people over the age of 65. It can, and should, be said that the impact the cost of living crisis is having on many has long been the daily reality of people living in poverty.

At Independent Age we provide advice and support to people in later life. In recent months, as the number of people pulled into poverty rises in tandem with increased prices of food, energy and fuel our advisers and teams on the ground have had more and more people enquiring about foodbanks and financial support.

Whilst there can be common misconceptions about all older people having large private pensions, owning their own homes and being relatively well-off, we know – and the statistics show – that’s simply not the case for the 1 in 7 pensioners in Scotland who experience the day to day reality of poverty. They are making impossible choices about paying for food or rent, or whether boil the kettle or keep the lights on.

Earlier this year we published a series of briefings highlighting the reality of living in poverty for older people. Our briefings focused on key areas that older people on a low income that we spoke to told us about.

The cost of living

In our research exploring experiences of poverty in later life, the people we spoke to told us that the cost-of-living was causing an unsustainable squeeze on their finances. They told us that rising energy, food and transport bills were a constant source of worry, stress and uncertainty. We heard stories of people being forced to cut back on essentials: heating only one room in their house, cutting back on their food shop and being unable to buy gifts for loved ones. For many of the people we spoke to, the solution is clear – increase the State Pension and Pension Credit and make life that bit better for older people living on a low income.

Christine told us: “The prices of everything, food shopping, bills, everything are just rocketing at the moment. I’m just hoping that it will flatten out into next year sometime because I don’t know how long we can go on like this.”

Experiencing a bereavement in later life

Experiencing a bereavement in later life can create financial turmoil. The people we spoke to told us about being unable to pay their mortgage when their partner died because of a large fall in income. They described their partner’s death as unexpected and said they hadn’t planned for this situation. One woman told us how she struggled to get by on the income from widow’s entitlements. Others described the challenges of now having to pay the full cost for things which they used to share with their partner, like energy, on a single or reduced income.

Yvonne, 76 told us: “When [my husband] died I couldn’t work because I lost our eldest son in a road traffic accident, and he’d just turned 30… And then two weeks later I lost my husband from cancer. And so, you can imagine I was not fit for work… And then what I was getting was £75, I can remember it, widow’s pension. But how’s anybody supposed to live on that? So eventually after 18 months I went back to work.”

The number of older people in the private rented sector is increasing, putting more of them at risk of higher costs, greater financial insecurity and living in poor quality housing. The older private renters we spoke to described their financial struggles with high rents and living with the insecurity that comes from knowing their landlord could sell up at any time.

Linda, aged 77, told us: “we had to rent and of course renting is a nightmare…it got so expensive… So, in the end our daughter said come and live in my flat.”

Tackling poverty in later life is a key priority for us at Independent Age. With rising costs, sustained UK and Scottish Government action is needed to boost incomes and address the cost of living so that more older people are not pulled into poverty

We are pleased the Scottish Government have committed to making Scotland the best place in the world to grow old. That must mean growing old free from the constraints and daily strain of poverty. We believe the strain caused by poverty is something no one should have to experience. Especially when we know it doesn’t have to be this way. The economic and social security system we have was designed, and it can be redesigned to work for everyone and make sure no one lives in poverty.

That’s why at Independent Age we’re delighted to be joining the Poverty Alliance as members. We share the Poverty Alliance’s vision of a Scotland where no one lives in poverty. Together we can tackle poverty, and ensure that as we grow older, we all have the ability to live happy, connected and purposeful lives.