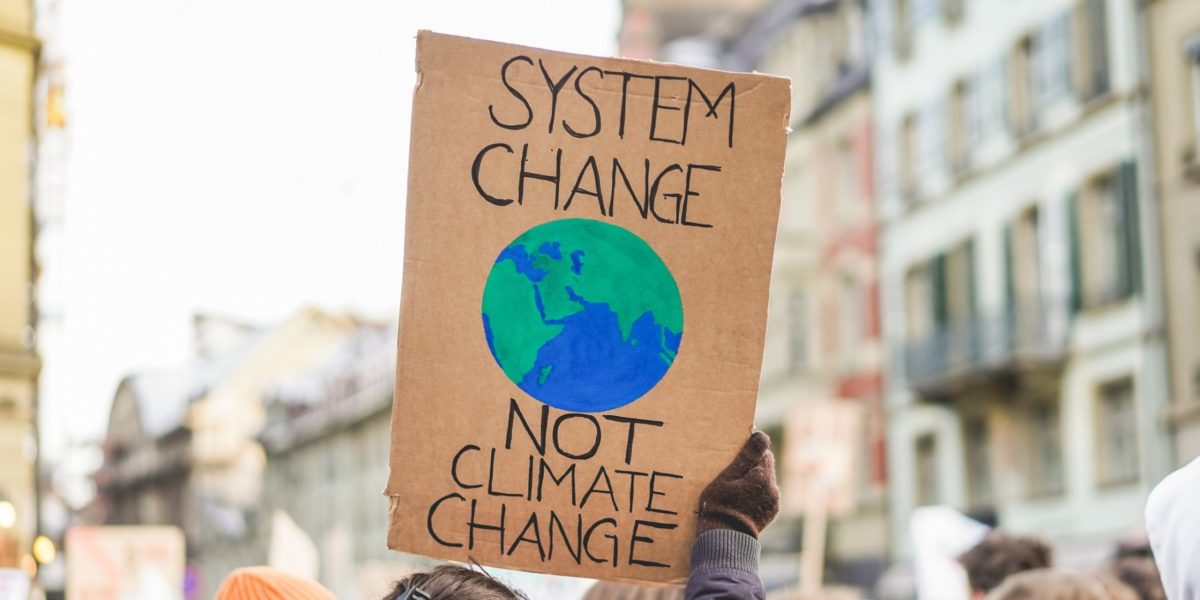 Francis Stuart is Policy Officer at the STUC. Here, he writes on the case for – in the absence of meaningful climate justice policies being developed by national governments – more bold and radical action from wider civil society.

The UN Special Rapporteur on extreme poverty and human rights, Philip Alston, knows a thing or two about poverty.

Earlier this year he lambasted the UK Government’s approach to social security as ‘the systematic immiseration of a significant part of the British population’. He was right of course.

He is also right about poverty and climate change. His authoritative report on the issue was published in June. It warns of a ‘climate apartheid’ scenario where the wealthy pay to escape overheating, hunger, and conflict while the rest of the world is left to suffer.

This scenario is confirmed by the World Health Organisation who estimate that by 2030, climate change will cause 250,000 additional deaths per year, due to malnutrition, malaria, diarrhoea and heat stress. Indigenous people, people of colour, women, and those with the least capacity to respond to natural hazards – such as droughts, landslides, floods and hurricanes – are already being disproportionately affected.

Workers are also on the frontline. This year, hundreds of firefighters have fought and died in fires, floods and landslides in Brazil, Australia, China, India and Kenya. Climate change also threatens people in poverty in the UK. The floods in Yorkshire and Humber in November left hundreds of people homeless, cut of power for thousands and shut roads. While the rich can afford the cost of rebuilding from events like this, others are not so lucky.

So who is responsible?

Well, just 100 companies have been the source of more than 70% of the world’s greenhouse gas emissions since 1988.

And while we consume the emissions these corporations produce, we do not consume equally. The world’s richest 10 percent are responsible for around half of all emissions.

Because rich elites and corporations have done so much to capture our politics, the climate policy response is not necessarily pro-poor either. Currently in the UK, much of the funding for renewables and energy efficiency measures comes from a flat levy on fuel bills. This is regressive and disproportionately penalises those on low-incomes.

The revenue raised has also failed to produce good quality, sustainable jobs which allow people to live a live free from poverty. Scotland has one of the largest wind resources in the world but next to no manufacturing jobs in renewables.

The Bifab fabrication yards in Fife and Arnish, have gone from employing 1400 workers two years ago to next to none now. The latest offshore windfarm, EDF’s £2 billion NNG windfarm 10km off the coast of Fife, is set to contract the work to yards in a tax avoidance zone in Indonesia before shipping the work across on diesel burning barges.

Where jobs have been created too often they are poor quality and non-unionised. Migrant workers hired to build SSE’s £2.6bn Beatrice offshore windfarm were found to be paid less than the minimum wage. The Home Office has granted four, six-month, time-limited waivers to the windfarm industry to use non-EEA workers since April 2017, suggesting the industry is using loopholes to exploit migrant workers and pay low wages.

We need a Just Transition to a low carbon economy but that transition will not be just if it is funded through the current approach where workers and consumers foot the bill to subsidise businesses going green without any regard to fair work. The Gilets Jaunes are much more than a bunch of fuel protestors, with their demands reflecting much wider and deeper economic and social issues. However, Macron’s fuel tax rise at the same time as cutting taxes for the rich, was undoubtedly a trigger.

As Naomi Klein stated, “neoliberal climate action passes on the costs to working people, offers them no better jobs or services and lets big polluters off the hook. People see it as a class war, because it is.”

And in that space, the rise of far-right populism isn’t disconnected. Recent years have seen the rise of Modi, Bolsanaro, Orban, Salvini, Netanyahu, Trump and, unfortunately now Boris Johnson.

Some of these strongmen outright deny climate change. Others accept it but use it to argue for a form of environmental nationalism or eco-fascism.

The irony that climate change caused by the rich in the Global North is now causing thousands of environmental migrants and refugees in the Global South doesn’t not prevent the far-right stirring up racist sentiment for their own ends. While their vision is at odds with building an equal society, it does appeal to the defensive instincts and values of some – building walls and fences, sacrificing parts of the world and ‘looking after our own’.

People draw their ethical boundaries around different places and spaces and the left needs to recognise that while offering an alternative vision that appeals to improving the lives of people here and around the world.

Below is my starter for ten.

Clearly this will involve government action. And the problem, as Greta Thunberg has pointed out, is that, beyond a few market mechanisms, our governments aren’t actually doing anything.

Carbon is being added to the atmosphere 100 times faster than at any point in pre-industrial human history. Since the Intergovernmental Panel on Climate Change was established in 1988 more damage has been done than in the whole of history up until that time. And at the same time social progress has stalled and in many cases is going backwards.

I’m writing this article in a café in Madrid, a day after the UNFCCC international climate change talks concluded. Trade unions and civil society partners attending were hoping to see governments agreeing ambitious climate justice policies that responded to the climate emergency threatening our lives, jobs, livelihoods, communities and dignity. What we got was the polar opposite.

Civil society was thrown out – quite literally after a protest – while governments dismantled the Paris Agreement to try and limit global warming. It seems the rich Northern countries, even those that present themselves as ‘climate leaders’, are much more interested in trading emissions and making money from it, than actually reducing them. There is no respect for the science, no respect for human rights, no social justice, no ambition and no commitments to action.

Given the polarisation of politics around the world, a multilateral consensus process involving the USA and Brazil isn’t likely to solve the climate crisis anytime soon. That means change will have to come from below. Policies at city, regional and national level – universal insulation and green heating schemes, free and improved public transport and municipal buses, and a green industrial revolution led through public ownership could help tackle the climate emergency in a way which also addresses poverty.

But such policies will not magically appear. Power has never conceded anything without a demand. Extinction Rebellion may have displayed an absence of class analysis but they, along with the youth climate strikers, have shown that disruption and sacrifice can change the narrative and push those in power into more ambitious positions.

As Cop 26 comes to Glasgow in 2020, trade unions, antipoverty groups and other actors will need to exert real pressure from below to change the narrative. Be bold, be radical. That’s our best hope.