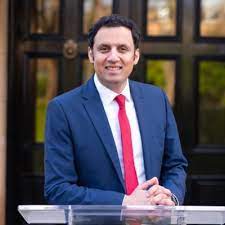 Challenge Poverty Week has come at a grimly apt time this year, with the shameful cut to Universal Credit kicking in later this week and the most severe cost of living crisis in years looming. This is a stark reminder of how much work there is to do – but it must also be a rallying call for us to roll out our sleeves and start that work.

The devolution of social security powers to Scotland was supposed to be an opportunity to do things differently. We have the power to take a more compassionate approach, and put human rights and tackling poverty at the heart of our system.

But so far the new system has been racked with delays, disappointments and a total lack of ambition – and most damningly of all, poverty is still rising.

Scottish Labour want to make sure no-one has to choose between heating and eating this winter, as the cost of living crisis hits. By expanding the Winter Fuel Payment and increasing it by £70, we can help the 600,000 people living in fuel poverty.

We’ve also set out a plan to use Scotland’s powers to slash child poverty by nearly a third and get us back on track to meet our Child Poverty Targets. By doubling the Scottish Child Payment immediately and doubling it again in the next budget we could lift up to 80,000 children out of poverty.

These are two straightforward changes that we could make here and now that would transform lives. The reality is, in some cases they may even save lives. Last week we heard that Scotland had recorded the first death by starvation of an older person in a decade. If this is not a wake-up call I don’t know what will be.

We can’t tackle poverty with the urgency needed without getting money directly into people’s pockets – but social security can’t be the end of the story.

During the pandemic it was widely agreed that we had a moral obligation to pull out every stop to save lives. We need to take this same approach, whether it’s for lives at risk from a virus or those at risk from starvation and cold weather.

We need to use all the levers at our disposal to eradicate poverty. In the first instance we need to create good, secure jobs and make sure work truly pays.

We need to deal with the cost of living by looking at things like housing and transport – both of which sit squarely within the powers of the Scottish Parliament.

We can tackle the housing crisis by building more affordable housing and better regulating the private rented sector.

There is so much we can do to tackle poverty and deliver a real Minimum Income Guarantee for every person living in Scotland – not just talk about it.

We have the powers to make a difference – all that is missing is the political will.