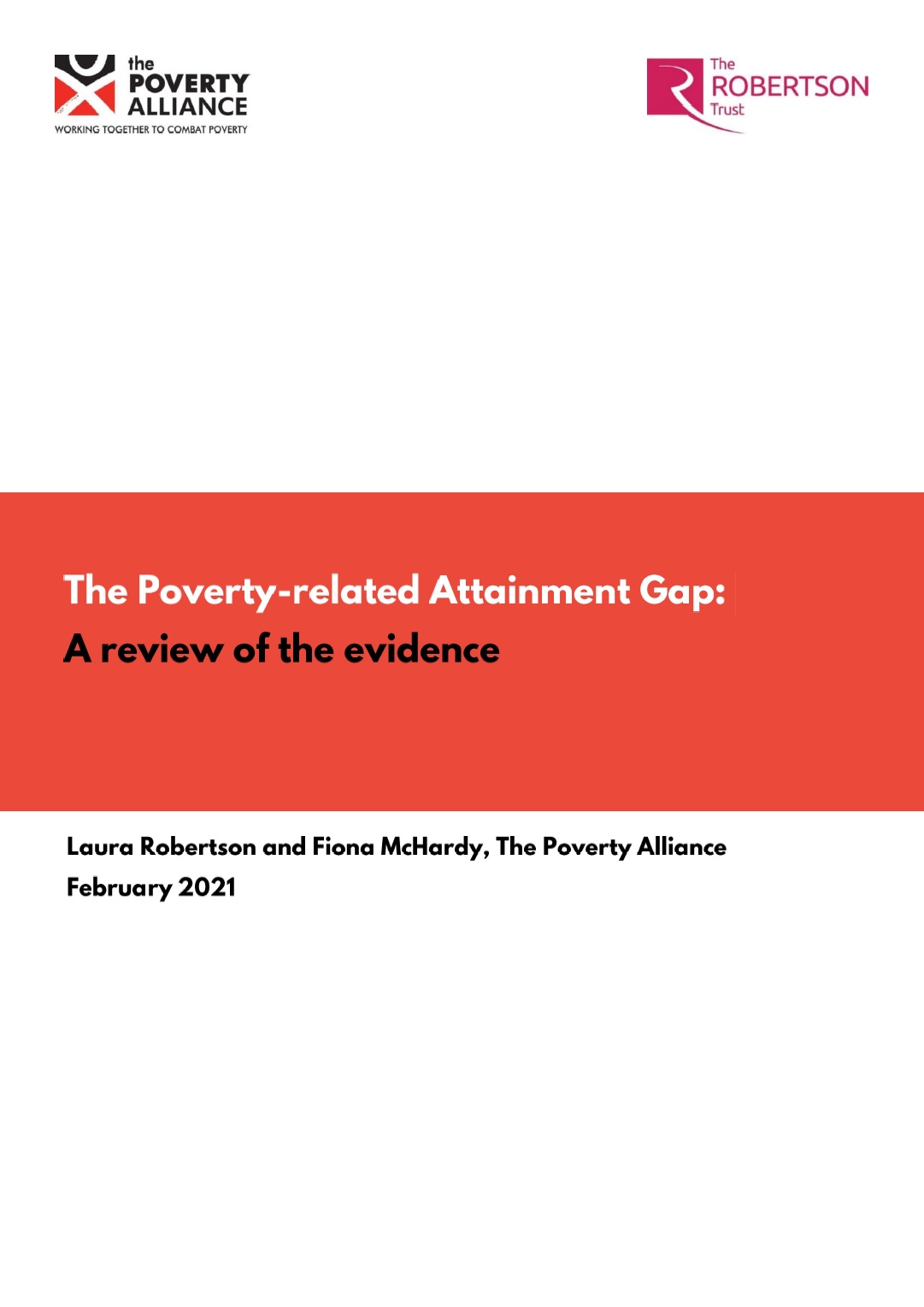 Anti-poverty campaigners have today called for increased action from the Scottish Government to tackle the educational attainment gap, after new analysis (which can be read in full here) found stark gaps in attainment between young people from Scotland’s least and most deprived areas.

The analysis, undertaken by the Poverty Alliance on behalf of The Robertson Trust, examined the evidence on the links between poverty, education and work pathways for young people in Scotland and across the UK. It found evidence that the poverty-attainment gap – already identified by the Scottish Government as a key priority – shows signs of increasing and risks being further compounded by the impact of the Covid-19 pandemic.

Despite a range of policies, strategies and initiatives having reformed the Scottish educational and employment landscape over the last six years, most notably the expansion of early learning and childcare and the Scottish Attainment Challenge, the review highlighted Covid-19’s disproportionate impact on single parents and low-income households.

Emerging evidence has also shown the negative impacts of the pandemic on the educational outcomes for children and young people from deprived areas due to the digital divide and lack of access to educational related resources.

Income inadequacy prevents children from low-income households being able to fully participate in education and initiatives seeking to reduce the attainment gap should put reducing financial barriers at the centre. The review also highlights the importance of initiatives like one-to-one tutoring, mentoring and careers education targeted at young people living in more deprived areas; initiatives that, the review concludes, are currently lacking in Scotland.

“Scotland is a country that believes that every child should have every chance. However this review makes clear that too many of our young people are seeing their life chances restricted by poverty. The educational attainment gap is stark in Scotland, and is an injustice that we cannot allow to continue.

“We know that the pandemic is compounding the gap. But we also know the action that we have to take to loosen the grip of poverty on the lives of families across Scotland, and to ensure that every young person in Scotland has access to the same opportunities.

“That means using every lever at our disposal to boost family incomes, as well as increasing support for interventions like one-to-one tutoring and mentoring for young people from low-income backgrounds.”

“At The Robertson Trust, we are keen to understand how best we can maximise the contribution of education and fair work in reducing poverty. This report not only highlights the stark differences in educational experiences that children and young people from different backgrounds face across Scotland but also where some of the evidence gaps currently exist when it comes to what works and why.

“Although many of the findings will be familiar to those working tirelessly to narrow the attainment gap, this analysis shines a bright light on the disproportionate impact Covid-19 has had on those already most affected. This is particularly concerning given the clear link between childhood disadvantage, low educational attainment and future poverty.

“We will use the findings to help us shape our own role as an independent funder in this area and it is our hope that the review will stimulate renewed commitment to act across Scotland.”