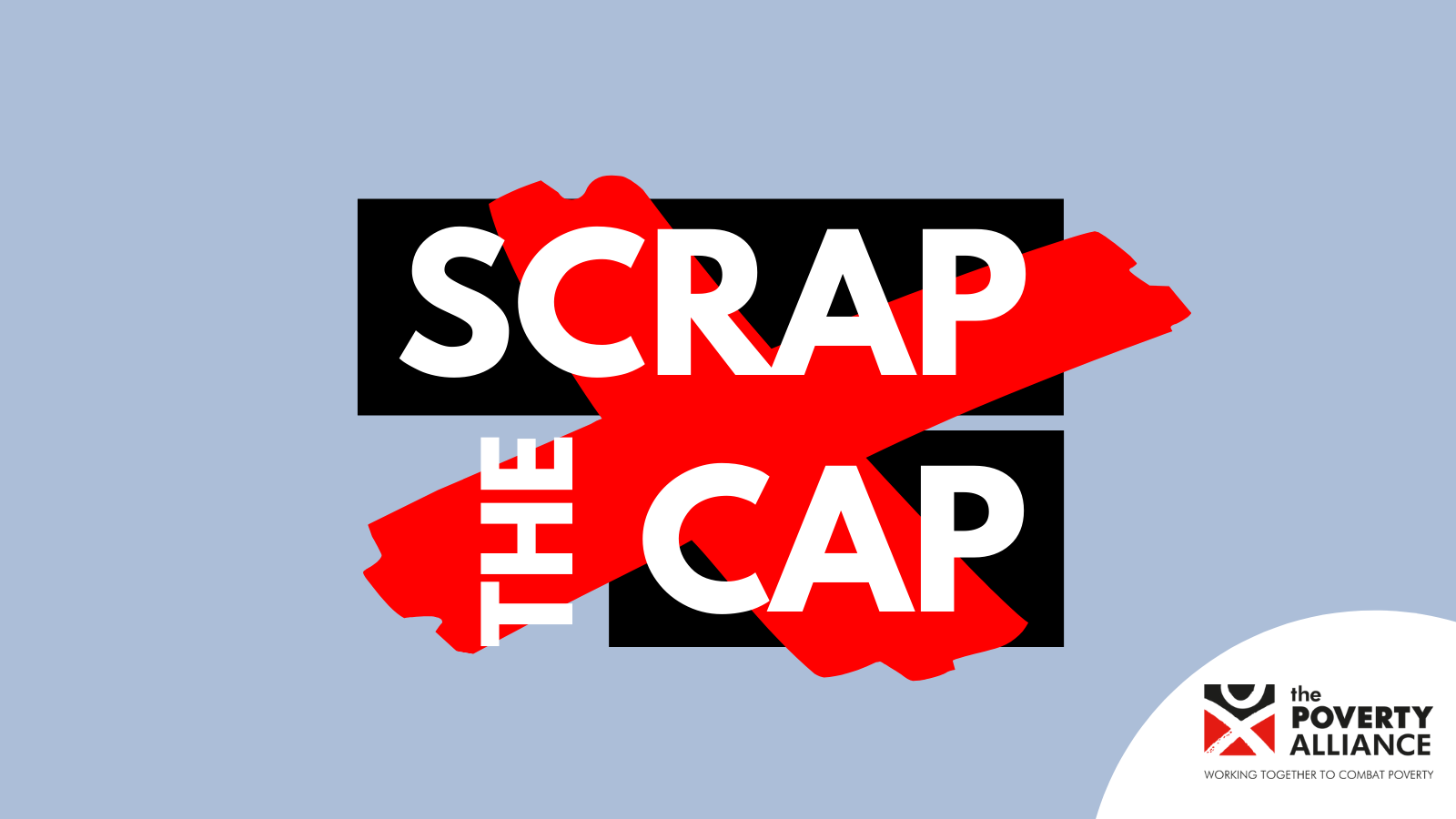 Anti-poverty campaigners from across the UK have come together with trade unions, faith groups and health organisations to urge Chancellor Rishi Sunak to scrap the ‘unjust’ benefit cap.

The benefit cap blocks households from getting all the help they need from the social security system. In Scotland, more than 6,000 households are affected, losing out on around £55 a week – money that they have been assessed as needing. Some 90% of these are households with children.

The ‘Scrap the Cap’ campaign is being coordinated by the Poverty Alliance and is supported by over 100 organisations across the UK including the Church of Scotland, Save the Children UK, the Child Poverty Action Group, One Parent Families Scotland, and the Trussell Trust.

Today (Thu 17 March) they have sent a joint letter to the Chancellor in advance of his Spring Statement, telling him that it is time to drop the ‘failed’ policy.

Poverty Alliance Director Peter Kelly said: “We are a compassionate society and an unjust policy like the benefit cap should have no place in it.

“It blocks people from getting the support that they need and are entitled to. It prevents them from getting enough to heat and light their homes, to properly feed and care for themselves and their families, and it makes it harder for people to get back into work. It’s a barrier on their freedom to take part in society, and to do even the smallest things that we all expect for a decent life.

“Just at the time when households get caught up in a rising tide of poverty and need a lifeline to keep them afloat, the benefit cap surrounds them in walls of fear, anxiety, and stress.

“That so many organisations have come together to urge the Chancellor to scrap this failed policy once and for all is important. We hope he and his colleagues will listen, find the compassion and courage to do the right thing, and scrap the cap.”

Director of Policy, Communication and Strategy for One Parent Families Scotland Marion Davis said: “Children in single parent households are already at a greater risk of poverty, and rising costs are only going to make things worse.

“The challenges single parents face in balancing sole responsibility for caring and providing for their children means we should be looking for ways to offer more – not less – support to such families.

“And yet, before the pandemic, two thirds of those impacted by the benefit cap in Scotland were single parent households.

“Most of these households had very young children – babies and toddlers. DWP policy does not require single parents with children under three to look for work, for the obvious reason that doing so would be near impossible.

“That families in this position are those most likely to be affected by the benefit cap underlines just how ill-thought out and damaging this policy is.”

A survey of households affected by the benefit cap found families who have been evicted from homes, fallen into problem debt, or kept children from school because they cannot afford the associated costs.

Nearly two-thirds of households said that in a normal month they do not have enough money to cover basic household expenses like food, rent, electricity and gas. Many also said that the cap has led to increased mental and physical health problems, as well as households being forced into using food banks, and into borrowing money from friends and family and payday lenders.

You can read the full text of the letter and signatories here.