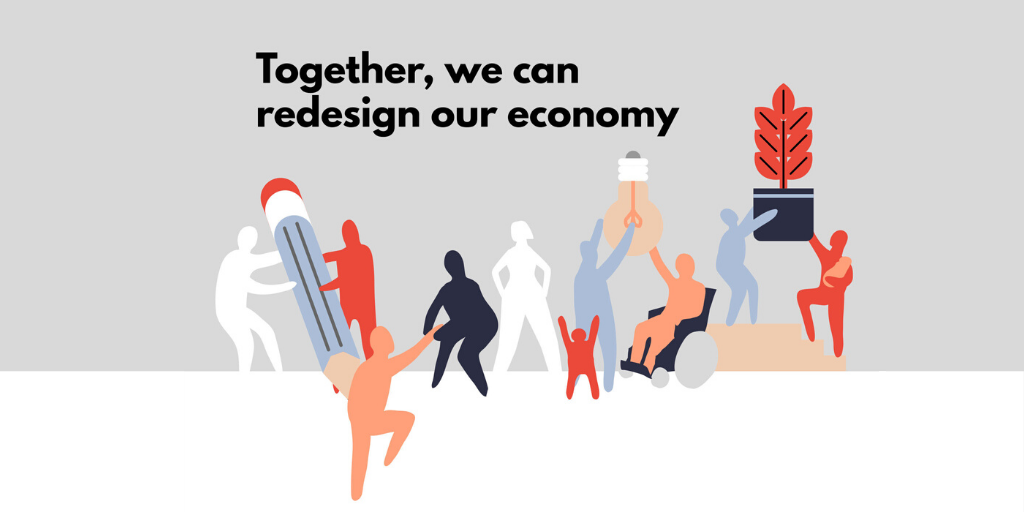 Director of Poverty Alliance, Peter Kelly, reflects on what our response to the pandemic has shown us about our shared values and – crucially – the action we need to take to ensure these values are reflected in the design of our economy.

We are living through extraordinary times. Whilst a palpable sense of fear about the health impact of the coronavirus is perhaps the main feature of the moment, the outpouring of concern and compassion to our neighbours, has been the other.

At the Poverty Alliance we have seen community organisations step in to help those who are likely to be severely impacted by this crisis; delivering food, providing advice, and making sure no one is forgotten. Amongst all the distress that will come with the pandemic, it is important to highlight and hold onto those selfless actions that so many have undertaken.

While the crisis has brought out the best in many communities and individuals, it has also exposed the failings at the heart of our system of social protection and in our labour market.  New poverty statistics released yesterday serve to underline these failings. The figures – compiled before the lockdown began – show a country where one in four children in growing up in poverty, where two thirds of families living in poverty are in work, and where the safety net is in desperate need of repair.

On Wednesday, the DWP revealed that almost 500,000 people had applied for Universal Credit in just nine days. As people previously in employment struggle to apply for – and ultimately survive on – this benefit, they will get a harsh insight into the inadequacies of our social security system. Instead of acting as a life raft to keep them afloat in difficult times, the system has been designed to be tough on those who need its support. Years of deliberate underfunding, coupled with sustained negative political rhetoric, has left us with a social security system that is simply not up to the job of supporting those who need it.

Behind yesterday’s statistics is the reality of policies that have pulled more people into poverty. Policies like the five week wait for Universal Credit claimants to receive their first payment, which has led to rising food bank use and rent arrears. Jackie from Glasgow told us ‘the five week wait for Universal Credit is tipping people into crisis. I took the Government’s advance payment loan, forcing me into debt. All it does is demotivate, and plunge people into a spiral of despair and deterioration of mental health.”

It is also the impact of policies like the benefit cap which restricts the income that any family can receive from social security. This has disproportionately affected lone parents, and therefore women, with affected families seeing their income cut by more than £3,000 a year on average, tipping them into poverty.

Of course, it is not just the social security system that has been exposed as failing. These new figures show that for hundreds of thousands of people across Scotland having a job is not enough to lift them out of poverty. This is either because the pay is too low or the hours available aren’t sufficient. As we have seen over the last two weeks, millions of workers are given little legal protection at work, leaving them very exposed to changes that take place in our economy.

These poverty statistics tell a familiar story. But what has changed in the last fortnight, is the idea that there is little we can do to change the poverty and inequality in our society. The Chancellor has taken action that in his first budget, a mere three weeks ago, seemed unthinkable. Massive investment to protect jobs, the extension of Statutory Sick Pay and an increase of £20 per week in the value of Universal Credit are just a few of the measures. He has begun a process of redesigning our social and employment protection system. We now need to go further, and we need to make these changes permanent.

As hundreds of thousands wait for their first UC payment, now is the time to finally scrap the waiting period. Further increases in social security payments are also needed to ensure that more people are protected against poverty. And we need jobs that pay a real Living Wage and provide the security we all require.

Every day we spend at home is a day closer to returning to normality. But normality can’t mean back to business as usual. The fault lines have been exposed for all to see, and the possibility of real, achievable solutions is more tangible than ever. We have seen not only the compassion and care needed to build a better system for all, but that the resources needed can be found when the will is there. Let us use the conviction shown in the last weeks to turn the tide not only on the coronavirus but on poverty and inequality too.

This article was originally published in The Scotsman