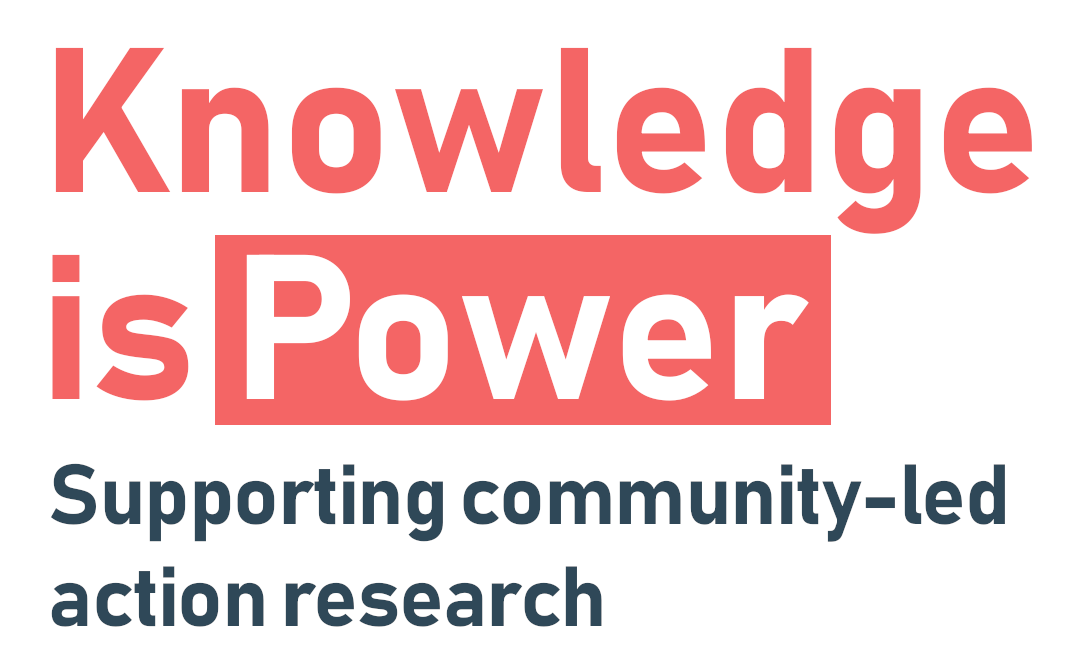 The Scottish Community Development Centre and The Poverty Alliance have announced a new support resource for community-led action research, jointly funded by Scottish Government and The National Lottery Community Fund.

The two-year programme will fund six community organisations to develop their own evidence to influence change in their communities – and to take forward actions for improvement. The research evidence generated by the community organisations will be brought together through new a website and be used to help shape policy at a national level across Scotland.

Community-led action research is a way of doing research where the issues, the way it’s carried out and how the results are used are decided by the community.

This makes community-led action research different from traditional research which tends to be conducted on the community by researchers from outside the community.

A new website, www.knowledgeispower.scot, will bring together the experiences of the six projects, as well as highlighting how community-led action research can be used across Scotland to support communities to take action on the issues important to them.

In 2018 SCDC and The Poverty Alliance jointly published ‘Knowledge is Power’. This report was the result of series of conversations with community organisations about what is needed to support them to undertake their own research into the issues that affect them, or the opportunities they want to pursue. This work has now come to fruition with the launch of the Knowledge is Power programme.

“People understand what’s needed in their communities, and we believe that when people are in the lead, then communities thrive. Community-led action research empowers individuals and groups to generate and use evidence to influence and achieve positive change in their community. That is why I am delighted to see National Lottery funding supporting this project along with funding from the Scottish Government.”

“We are delighted at this announcement. Community-led action research is about putting communities in control of the generation of evidence needed to support better policy making and better decision making about where resources should be targeted. This funding will give communities the opportunity to make their case for the changes they know they need, backed up by their own robust research evidence.”

More information and details on how to apply to be part of the programme will be announced shortly at www.knowledgeispower.scot