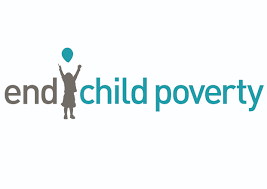 Child poverty has risen in every Scottish local authority since 2015, according to new research published today by the End Child Poverty coalition. The new data shows the scale of the challenge faced by UK, Scottish and local government if commitments to end child poverty in Scotland are to be met.

The research by Loughborough University, on behalf of the End Child Poverty coalition, shows that, even before the pandemic*, levels of child poverty in Scotland ranged from nearly one in six children in the Shetland Islands and East Renfrewshire to nearly one in three in Glasgow – once housing costs are taken into account. Across the UK the North East of England has seen the most dramatic rise in child poverty in the past five years with child poverty rising by over a third – from 26% of all children to 37% – over five years.

Scotland has lower levels of child poverty (24%) than England (30%) or Wales (31%). However, campaigners in Scotland say that there can be no room for complacency if statutory child poverty targets agreed by all the Holyrood parties are to be met.

The Child Poverty (Scotland) Act, passed unanimously by the last parliament, requires the new Scottish government to ensure fewer than 18% of children are living in poverty by 2023/24, on course to less than 10% by 2030. Councils and local health boards are also required to publish annual Local Child Poverty Action Reports setting out action being taken at local level to tackle child poverty. The End Child Poverty campaigners are urging that local powers, including over economic development, housing and welfare, are all used to maximise family incomes and reduce the costs parents face.

Peter Kelly, Director of the Poverty Alliance responds to the new figures:

“In Scotland, we share a responsibility to care for all of our children. These statistics show the need for bold, far-reaching action to loosen the grip of poverty on people’s lives, and ensure each of us has what we need to live a decent and dignified life. Stemming this rising tide of hardship must be a priority for the new Scottish Government, and there are actions that can be taken right now to do just that – starting with doubling the Scottish Child Payment and accelerating its rollout for children over the age of 6. This would mean families who are struggling to stay afloat will receive the support they need to avoid being swept into poverty.”

“Solid foundations have been laid in Scotland for future progress on child poverty, not least the introduction of the Scottish child payment and an increasing focus on action at local level. But this new data is a stark reminder that child poverty was still rising in every part of Scotland, even before the pandemic struck. The challenge now is for government at all levels to use every power they have to boost family incomes and reduce the costs that struggling parents face.

“The new Scottish parliament must act on election promises and make tackling child poverty its top priority. The cross party commitment to at least doubling the Scottish child payment needs to be implemented as a matter of utmost urgency in order to help meet the 2023/24 targets. But child poverty also needs to be a priority at local level. Local powers, including over economic development, housing and welfare, must be used to maximum effect to ensure all families have a disposable income fit for giving children a decent start in life.”

The End Child Poverty coalition is also calling on the UK government to recognise the scale of the problem and its impact on children’s lives. They say a credible UK government plan is needed to end child poverty across the UK, including a commitment to increase UK child benefits. Given the extent to which families are already struggling, the £20 per week cut to Universal Credit planned in October should also be revoked they say, with the support also extended to those still receiving financial assistance from the old benefit system, referred to as ‘legacy benefits’, before they are switched to Universal Credit.

“The figures speak for themselves – the situation for children couldn’t be starker. We all want to live in a society where children are supported to be the best they can be, but the reality is very different for too many. The UK Government can be in no doubt about the challenge it faces if it is serious about ‘levelling up’ parts of the country hardest hit by poverty. After the year we’ve all had, they owe it to our children to come up with a plan to tackle child poverty that includes a boost to children’s benefits. And they need to scrap plans to cut Universal Credit given parents and children are having a tough enough time as it is.”